The Cardinia Kokoda Award is available each year to Year 10 students who are enrolled in secondary schools in the Cardinia Shire. The award will provide the opportunity for the winning student to join a Kokoda trek at no cost to the winner other than his/her personal equipment and spending money. The successful student will be offered assistance with training prior to the trek.

This literary competition was first held within the Cardinia Shire in 2008 and was named after Harold Bould. The competition was open to all year 10 students from all the secondary schools within the Cardinia Shire. Now students are invited to submit an essay of approximately six hundred words addressing these these issues  “Why would you like to trek the Kokoda Trail” and “What was the importance of the Kokoda Campaign in the Battle for Australia”.  The concept came from the adjoining Baw Baw Shire, organised by the State Member for Narracan, Gary Blackwood. The purpose of the competition was to encourage young people to research and understand the sacrifice by so many ordinary people, like a farmer from Cardinia, made in WW2 to keep this nation free. Harold Bould was one of ten children, his family were potato and onion farmers from Cardinia, near Pakenham. Five brothers from this family enlisted for service during WW2. Harold and his brother Keith did not come home. Private Harold Bould who served in B company, 39th Battalion, was killed in action at Kokoda Village. on 29th July 1942, only eight days after the Japanese invasion of Papua New Guinea, he has no known grave. Brother Keith was taken prisoner at the fall of Singapore and he died when the prison ship returning to Japan was sunk by the Allies.The words of Lt. Col. Ralph Honner, DSO. MC. CO. 39th Australian Infantry Battalion remind us that:-

“They died so young. They missed so much. They gave up so much, their hopes, their dreams, their loved ones. They laid down their lives that their friends might live. Greater love hath no man than this”

The service and sacrifice in defence of our homeland, must always remain as part of our heritage, Our generation has a duty to ensure that the next generation of Australians understand that sacrifice and that it is never forgotten“.

This competition annually with the intention that, each year, the winner will receive a fully sponsored escorted trip to Kokoda and learn at first hand something of Australia’s history. 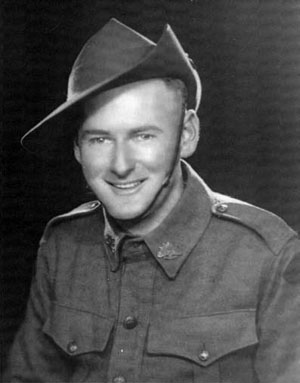